I was commissioned to be an artist in a park in Swansea and the project started in August for a duration of six months. It was a beautiful time to experience a park throughout autumn but the numbers of people kept falling. I decided to create a mini project within the park and got the local comprehensive school year 8, the Welsh speaking primary school year 5, the post 16 further education college, the university students and the youth centre involved, with the parks local people, to make artwork for an exhibition in the park.
I made a sound trail, inviting people listen to a personal cd player and to walk along a specific route in time with foot falls and with sounds effects at timed intervals; as if they were in a film. The youth centre painted a mural on the studio. The locals were all invited to participate in making art. Some of the older generation were digitally interviewed but the recordings were not used (ran out of time).
A rock band played during the opening. An artist was commissioned to make giant insects hidden throughout the park. The college students made sculptures. The year 8 children made a silk screen artwork.
The story of the park was condensed in to a small book, if you would like a copy of the book please contact me here. (You may have to pay for postage though).
The project was a success, loads of people of all ages were engaged in a large scale art project. The park was used more and more, became appreciated and ideas for the future of the park were discussed, logged and given to the Council for consideration regarding regeneration. 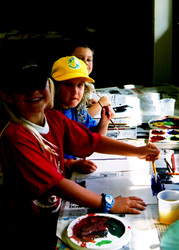 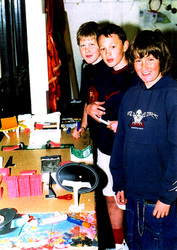 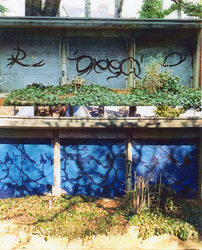 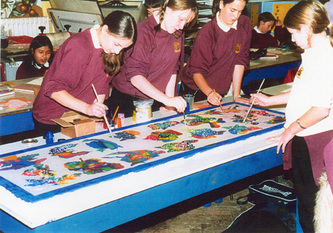 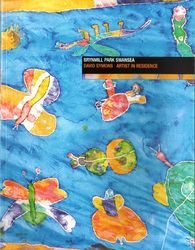 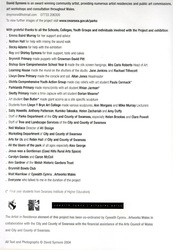